Dr. Michael Fellmann holds a Junior Professorship in Business Informatics with a focus on „Business Information Systems“ at the Faculty of Computer Science and Electrical Engineering at the University of Rostock. His research interests lie in the intersection of Smart Process Management, Mobile and Wearable Systems and the Future of Work. The overall goal is to better support humans to tackle the manifold challenges of today’s professional and private life. Towards this goal, Michael Fellmann specifically analyses how mobile devices and sensors can be leveraged for the design of advanced assistance systems that guide and support the user in his or her daily work routines. He has published more than 120 scientific publications and serves as a reviewer for established journals and conferences on a regular basis.

Head of the BPM research group

Dr. Peter Fettke is a Professor of Business Informatics at Saarland University and Principal Researcher, Research Fellow and Research Group Leader at the German Research Center for Artificial Intelligence (DFKI) in Saarbrücken. In his research, Peter, together with his research group of about 30 people, is particularly concerned with the intersection between the topics of process management and artificial intelligence (AI). In addition to investigating the possible applications of AI technologies such as deep learning and process mining in an operational context, his work also focuses on the effects of digitization on business model innovations and the modelling of operational processes. Peter is the author of more than 150 peer-reviewed publications. His work is among the most cited articles in leading international journals on business informatics and he is one of the top 10 most cited scientists at DFKI. He is also a sought-after reviewer for renowned conferences, journals, and research organisations.

Stephan Haarmann is a PhD student at the Business Process Technology Group of the Hasso Plattner Institute at the University of Potsdam. He started his bachelor’s in IT Systems Engineering at the HPI in 2012. In 2015/2016 Stephan did a 6-month internship with SAP Labs in Palo Alto before continuing with his master’s. During his studies, he contributed to several publications. At that time, he developed an interest in and did research on blockchains. One outcome is the paper “Executing DMN Decisions on the Ethereum Blockchain” (CAISE’18). He completed his master studies in 2018 and won the Absolventenpreis of the University of Potsdam for the best master thesis. In April 2018, Stephan joined the BPT group for his PhD. His current interest is in relationships between business processes, Blockchains, and event-driven systems.

Head of the Process Analytics Group​

Agnes Koschmider is a professor of information systems at the Kiel University and head of the Process Analytics group. Before she was Associate Professor at the Poznań University of Economics and Business, interim professor at the University of Cologne and Postdoctoral Researcher at the Institute of Applied Informatics and Formal Description Methods at KIT. She received her doctoral degree and venia legendi in Applied Informatics, both from KIT. Her work was awarded with the Wolfgang-Heilmann-Prize, junior fellowship of the German Informatics Society and a post-doctoral fellowship from the University of Pretoria.

Michael Kuperberg works as the Chief Architect for the Blockchain and DLT team within DB Systel GmbH, Frankfurt am Main. In his role, he evaluates products and approaches, writes position papers, architects solutions, and leads the implementation of products and prototypes. He has 19 years of experience in software development, focusing on application integration and identity/access management (IAM). Michael holds a PhD in Software Engineering from Karlsruhe Institute of Technology, and is a regular speaker at specialized conferences.

Head of the Distributed Systems Group

Olaf Landsiedel is Professor in Computer Science at the University of Kiel, Germany. In addition, he is adjunct at Chalmers University of Technology in Gothenburg, Sweden. His research focuses on Distributed and Networked Systems, and he is particularly passionate about the Internet of Things (IoT), Cyber-Physical Systems (CPS), Intelligent Systems, Applied AI, and Edge & Fog Computing. From 2012 to 2018 he was an Assistant and later tenured Associate Professor at Chalmers University of Technology. And from 2010 to 2012 he spent two years as Postdoctoral fellow at the Royal Institute of Technology (KTH), Sweden, and the Swedish Institute of Computer Science (SICS). He received his PhD from RWTH Aachen, Germany, in 2010. His awards include the Best Paper Award at ACM SenSys 2019, EWSN 2019, the “Lecturer of the Year 2014 Award” at Chalmers University and the „Best-Prof-Award 2019“ from the Student Union in Computer Science at Kiel University. 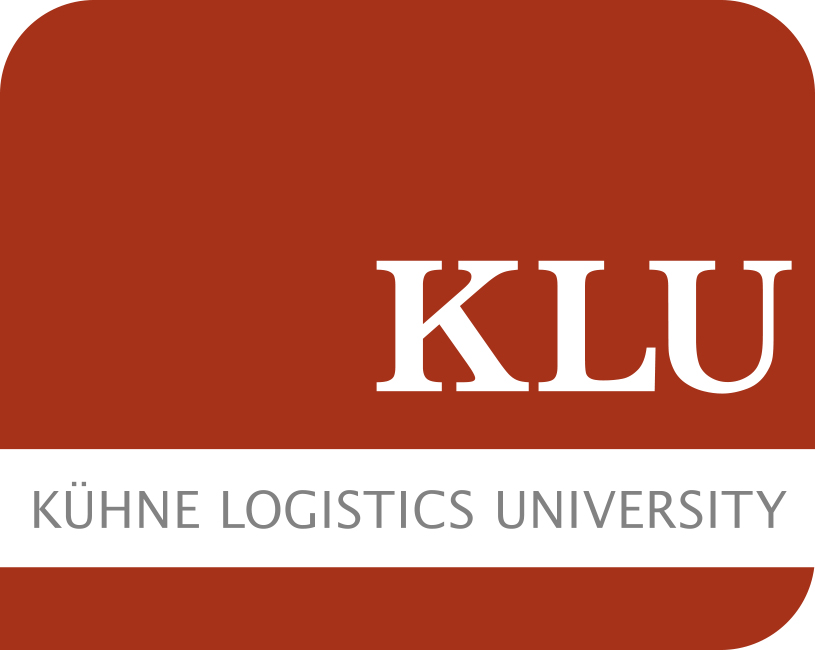 Henrik’s research is mainly concerned with the interplay between information systems and business processes. Such business processes can range from manufacturing a car to delivering a medical service to a patient. He is particularly interested in how to leverage technology from the field of artificial intelligence (such as machine learning and natural language processing) to analyze and support the execution of business processes. The results of his research have been published, among others, in the journals IEEE Transactions on Knowledge and Data Engineering, IEEE Transactions on Software Engineering, Decision Support Systems, and Information Systems.

Vienna University of Economics and Business

Prof. Dr. Jan Mendling is a Full Professor with the Institute for Information Business at Wirtschaftsuniversität Wien (WU Vienna), Austria. His research interests include various topics in the area of business process management and information systems. He has published more than 400 research papers and articles, among others the textbooks Fundamentals of Business Process Management and Wirtschaftsinformatik. He is member of the editorial board of seven international journals, member of the board of the Austrian Society for Process Management (http://prozesse.at), one of the founders of the Berlin BPM Community of Practice (http://www.bpmb.de), organizer of several academic events on process management, and member of the IEEE Task Force on Process Mining. His Ph.D. thesis has won the Heinz-​Zemanek-Award of the Austrian Computer Society and the German Targion-​Award for dissertations in the area of strategic information management.

Orlenys López-Pintado is a Ph.D candidate at the University of Tartu where he is a member of the Software Engineering Group. Born in Cuba, he completed his master’s degree in Applied Math at the University of Havana in 2016, where he received a bachelor degree in Computer Science before. After moving to Estonia, Orlenys became a Blockchain technology enthusiast, including its applications on Information Systems and Business Process Management. His ongoing Ph.D research focuses on the implementation and execution of collaborative business processes on Blockchain described in several papers published in conferences and journals since 2017.

Stefan Schulte is Associate Professor at the Faculty of Informatics at TU Wien. His research interests span the areas of data engineering and the Internet of Things, and the application of blockchain technologies for data provenance and process execution. Findings from his research have been published in more than 100 refereed scholarly publications.

Andreas Speck graduated in automation engineering at FH Reutlingen and in computer science at Universität Tübingen. In his PhD research he worked in software engineering for automation control systems. He joined Intershop Communications Jena and lead the research group. He was junior professor in business information systems and since December 2006 he holds a business information technology professorship at Christian-Albrechts-Universität zu Kiel. In his research, he works on efficient automation control systems and their interfaces to production planning and control systems. Further issues are the quality of systems in particular the security and privacy compliance. A special interest are automated methods for checking systems and their processes.

Chair of Software and Business Engineering 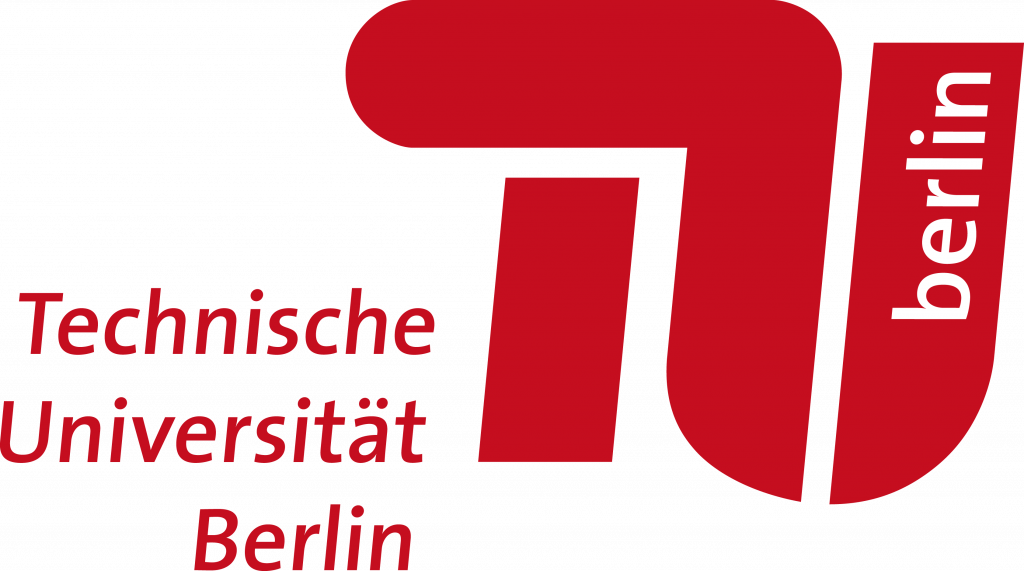 Ingo Weber is a Full Professor and Head of Chair for Software and Business Engineering at TU Berlin, Germany. In addition he is a Conjoint Associate Professor at the University of New South Wales (UNSW) and an Adjunct Associate Professor at Swinburne University. He has published over 100 refereed papers and three books. Ingo served as a reviewer for many prestigious journals, including various IEEE and ACM Trans- actions, and as PC member for WWW, BPM (also PC co-chair), ICSOC, AAAI, ICAPS, IJCAI, and many other conferences and workshops. Prior to TU Berlin, Ingo worked for Data61, CSIRO (formerly NICTA), UNSW in Sydney, Australia, and at SAP Research in Germany. While at SAP, he completed his PhD with the University of Karlsruhe (TH).